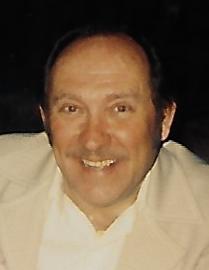 ANDERSON, Robert Patrick - Age 89, of Fenton, died Monday, February 15, 2021.  Per his family's request cremation has taken place and a service will be held at a later date.  Those desiring may make contributions to the American Cancer Society.

Robert was born September 19, 1931 in Flint, the son of Douglas and Mary (Cairnduff) Anderson.  He was a graduate of Flint Central High School.  He had resided in Fenton for the past 48 years coming from Grand Blanc.  He retired from GM Buick Motors.  Robert raised pigeons, liked to build things, and enjoyed his lake life with his family and friends.

He was preceded in death by his parents; son-in-law, Mark Elmer; 4 brothers, Jim, Doug, Tom, and Ronald Anderson; and sister, Maisie Taylor.  Tributes may be shared at www.sharpfuneralhomes.com.

If calling to donate, select option 2, then option 1