Roger Sharp purchased the Bendle Funeral Home at 8138 Miller Rd., Swartz Creek in 1970. He acquired Bowles Funeral Home in Linden and Fenton in 1989 and the Fenton Chapel was moved to its current location at 1000 Silver Lake Rd. in 1991. In 1994, Sharp renovated a building in Grand Blanc Township at 6063 Fenton Road, opening the fourth Sharp Funeral Homes location.

Sharp Funeral Homes is a family-owned, full-service funeral home offering four conveniently located chapels serving Genesee County. We have a 150 year history of commitment to excellence, community and the families we serve. 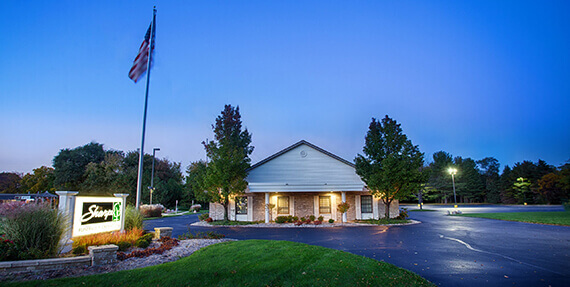 You are welcome to call us any time of the day, any day of the week, for immediate assistance. Or, visit our funeral home in person at your convenience.

Learn More
Begin Planning
Have The Talk of a Lifetime